Bonnaroo 2019 is from June 13 through Sunday, June 16th. It is the music festival’s 18th anniversary here in middle Tennessee.

We are expecting bigger crowds than ever this year, and probably the same number of arrests and citations issued.

Every year there are reports of police aggressively patrolling campers on site, and traveling in and out of Great Stage Park, also known as “the farm”. We get calls on a wide range of drug charge citations, DUI arrests, and other offenses.

Since 2015, the DA’s office in Coffee County has required a mandatory court appearance for all criminal citations written. You can’t just pay a fine and forget about it. You will need to return for a court appearance with an attorney.  In 2015, hundreds of citations were written by law enforcement, including the Tennessee State Police, sheriff’s deputies, and the Manchester Police Department. END_OF_DOCUMENT_TOKEN_TO_BE_REPLACED

Tennessee legislators passed a new law that reforms criminal penalties for teens caught sending explicit images or video messages, i.e. “sexting”.  The bill passed the Senate by an overwhelming margin after sailing through the House previously. Governor Haslam is expected to sign it. END_OF_DOCUMENT_TOKEN_TO_BE_REPLACED

According to a recent poll from Vanderbilt University, the majority of registered voters believe marijuana laws in the state should change. How they should change is a matter up for debate, but the consensus is that the current system is not working. 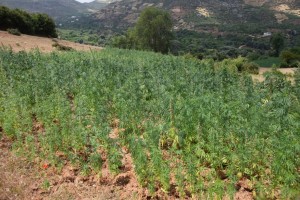 In other words: 76% of Tennessee voters believe the War on Marijuana is unnecessary in one way or another.

But obviously, the laws do not reflect the popular opinion.

Though the state passed legislation allowing for the medical analysis of marijuana a few months back, the Marijuana Policy Project calls the law “ineffective”. It “theoretically” establishes a medical marijuana system that would allow for CBD oil and products with trace amounts of THC (the component in marijuana that makes you high) for a very select few of the sickest Tennesseans. Further, the law requires the system to be University-based, something no single University in the state has stepped forward to be a part of.

While the state battles to balance voter desires with the seeming reluctance to make marijuana (medicinal or otherwise) available, police continue arresting people on serious and minor marijuana crimes alike.

Recently, authorities in Wayne County seized 10,000 plants with an estimated value of around $20 million. The growing operation was spotted from a helicopter above, growing on International Paper property. No arrests have been made, according to the Times Daily.

There is little doubt these plants were destined to living rooms and college dorms across the state. The demand for marijuana is high. And if it isn’t coming from local growers, it’s coming from other states.

NewsChannel 5 recently reported on a hash oil derivative known on the streets as “dabs”, “honey oil” or even “earwax marijuana”. The drug is extracted from marijuana using butane gas, resulting in a concentrated liquid with an estimated 80 to 90% THC.

As is typical with any new drug phenomena (or, new to the media, at least), local officials are sounding the alarm that this product could be extremely dangerous, despite evidence that it could be valuable for those with medical conditions.

The people of Tennessee and those who make policy decisions have obviously conflicting views about marijuana and how much of a priority it should be for law enforcement. But no matter what the public thinks, until the laws are changed, marijuana users risk serious consequences when found in possession.

A recent poll found 75 percent of Tennesseans support having a medical marijuana system in the state. Lawmakers didn’t seem to care when they shot down HB 1385 that would have given access to seriously ill patients with doctor’s recommendation. But, all hope is not lost, a subcommittee did move on a bill that is considered a “baby step” towards eventual legal medical marijuana access. END_OF_DOCUMENT_TOKEN_TO_BE_REPLACED

Here in Tennessee, we still do not have a legal  medical marijuana program which already exists in 20 states. But now Rep. Sherry Jones (D-Nashville) has introduced legislation that would allow people suffering from certain illnesses to use marijuana as medicine without fear of arrest. END_OF_DOCUMENT_TOKEN_TO_BE_REPLACED

Is recording the police with your cell phone an illegal act? Civil liberties experts say it isn’t. Repeatedly, judges across the nation have agreed. So why are Tennessee cops arresting people for recording them and charging them with crimes like disorderly conduct? Seemingly, the answer is: because they can. END_OF_DOCUMENT_TOKEN_TO_BE_REPLACED

It’s been about a month since the Department of Justice said they wouldn’t interfere with marijuana laws in Colorado and Washington, but they said nothing of those states where marijuana is still illegal, for all reasons, no matter your medical condition. Here in Tennessee, that means the feds and state law enforcement are still looking for people breaking marijuana laws on large scales—particularly those accused of marijuana cultivation and/or trafficking. END_OF_DOCUMENT_TOKEN_TO_BE_REPLACED

Heroin, a drug that first became popular several decades ago, is back with a vengeance. And law enforcement, drug treatment providers, and users are scrambling to get a hold of the addiction in an effort to stop it before it gets worse. END_OF_DOCUMENT_TOKEN_TO_BE_REPLACED

Call it a sign of the times, but Tennessee prosecutors may one day soon be able to charge DNA with a crime. The idea is that charging a genetic profile rather than a person will ensure the statute of limitations doesn’t expire on a crime before the suspect is caught. But, something about the proposed law just doesn’t seem right. END_OF_DOCUMENT_TOKEN_TO_BE_REPLACED

Like many other states, Tennessee believed making pseudoephedrine (one of the components of a meth recipe) would help them battle methamphetamines. They thought they could outwit the drug’s users or at least make it far more difficult for them to obtain the necessary ingredient. They clearly underestimated the resolve of an addict to get their fix and the motivation of their dealer/cooker to provide it to them. END_OF_DOCUMENT_TOKEN_TO_BE_REPLACED

Contact our attorneys for a free legal case evaluation on any criminal charge by calling:

(888)622-1450 Receive our free legal defense consultation and case evaluation. We'll explain what you are facing in plain language, and tell you how we can help.